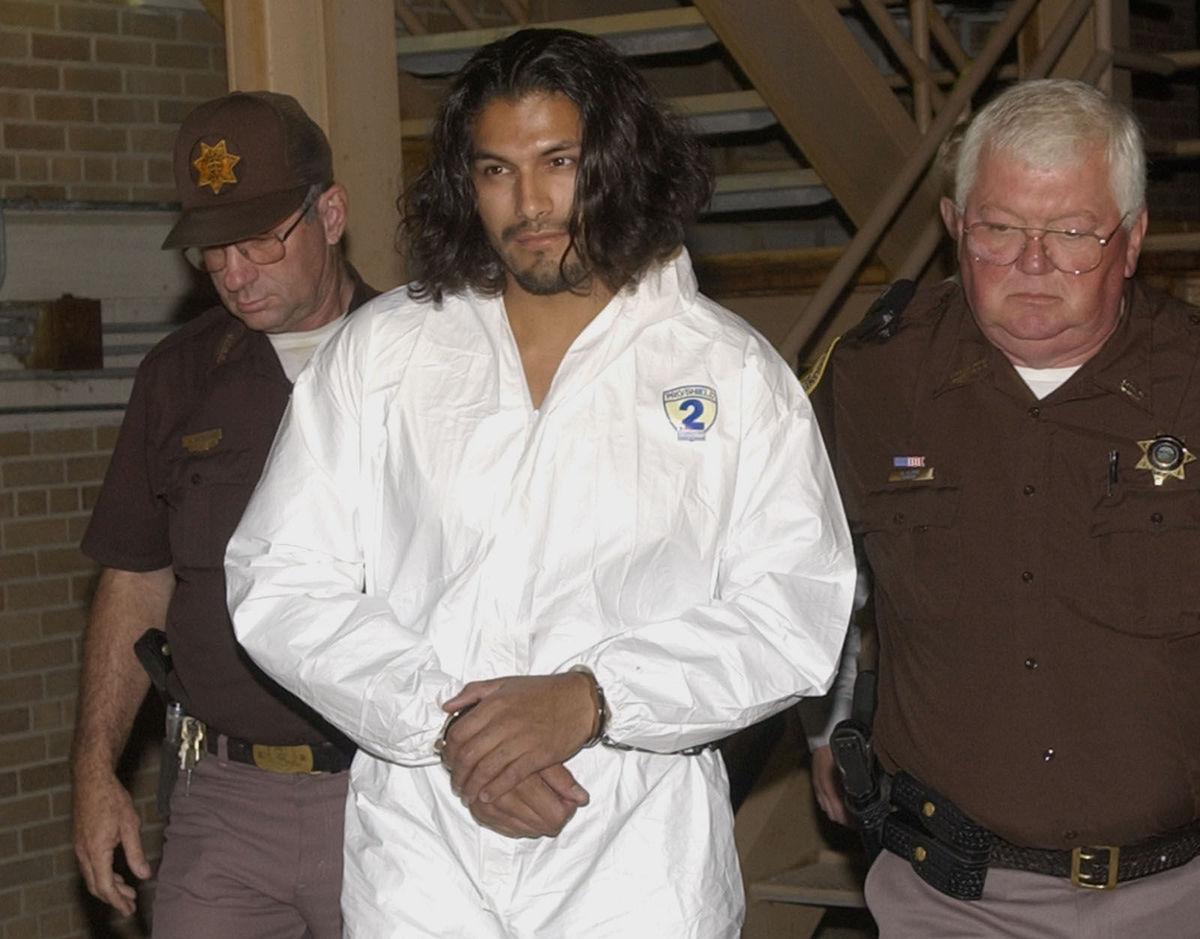 ACLU of Nebraska filed a lawsuit Monday on behalf of death row inmates that claims the ballot initiative that stopped the state Legislature’s 2015 repeal was illegal.

The complaint is an attempt to stop any executions, or even steps toward an execution, of the men on Nebraska’s death row.

Death row inmate Jose Sandoval said last week he intends to fight the execution. At that time, he had no ongoing legal actions or appeals in federal or state courts.

“My reaction to the notice (of lethal injection drugs) was not a surprise. I’ve been expecting it for a year now,” Sandoval said. “I intend to fight with the help of my attorneys — Amy Miller and company.”

The ACLU confirmed Sunday that Miller, its legal director, has been in contact with Sandoval, who was notified Nov. 9 of the state’s intention to execute him with four specified lethal injection drugs. The organization is preparing to announce the scope of its representation of Sandoval early this week, it said.

The four drugs in combination that would be used in Sandoval’s execution, if it takes place, have never been used to execute a person.

The complaint charged the ballot initiative violated the Nebraska Constitution’s separation of powers. It said Gov. Pete Ricketts was the driving force behind the 2016 referendum, exploiting government staff, resources and his own elected position to raise money for the ballot initiative and to persuade voters to support it.

“In Nebraska, our state Constitution … establishes a strong tradition with a clear separation of powers,” ACLU Executive Director Danielle Conrad said Sunday. “The governor can’t have it both ways and serve both as a member of the executive and legislative branches.”

The petition drive got underway in 2015 and the sponsoring group, Nebraskans for the Death Penalty, gathered 167,000 signatures, enough to stop the repeal from being in effect until a vote in November 2016.

The Legislature had voted to repeal Nebraska’s death penalty with a bill (LB268) that passed on a 32-15 vote. Ricketts vetoed the bill and then the Legislature voted to override the veto on a 30-19 vote that cut across party lines.

Shortly after that, Nebraskans for the Death Penalty was formed and raised just over $913,000, a third of it contributed by Ricketts and his father, Joe Ricketts.

She said the end result of those actions was the restoration of a “broken” death penalty that is racially biased, risks execution of innocent people and raises constitutional concerns about the Eighth Amendment’s prohibition against cruel and unusual punishments.

“The Governor’s Office holds itself to a high standard and follows state law regarding the use of taxpayer resources,” said Taylor Gage, the governor’s spokesman. “This liberal advocacy group has repeatedly worked to overturn the clear voice of the Nebraska people on the issue of capital punishment and waste taxpayer dollars with frivolous litigation. The administration remains committed to protecting public safety and creating a safe environment for our Corrections officers.”

The ACLU lawsuit — filed on behalf of death row inmates against Ricketts, Treasurer Don Stenberg, founders of Nebraskans for the Death Penalty, Attorney General Doug Peterson, the Department of Correctional Services and Director Scott Frakes — asked the court to immediately stop all preparations for executing Sandoval and the other 10 men on death row.

Peterson plans to ask the Nebraska Supreme Court for a death warrant after 60 days following the notification of drugs that would be used.

That ACLU complaint said that as the governor, Ricketts’ power over the repeal bill ended when the Legislature overrode his veto.

It claimed the subsequent ballot initiative should not stand, as it was the result of repeated, extensive and illegal abuses of the governor’s power. The state’s constitution reserves ballot initiatives as a legislative power for the people to use as a check on the legislature, and it further prohibits anyone in one branch of government from exercising powers over another branch, the ACLU said.

Ricketts encouraged or ordered members of the executive branch and his allies in the Legislature and local governments to work for the referendum campaign or to express public support for it, the complaint said.

For example, Stenberg was simultaneously a leader of the campaign in the first few months, serving as co-chairman with Sen. Beau McCoy, the ACLU charged. In the middle of the campaign, Ricketts rewarded Jessica Flanagain, the campaign manager and coordinator, with a publicly paid position in the government as special adviser to the governor for external affairs, with a salary of $130,000, the complaint alleges.

The lawsuit also noted that Nebraskans for the Death Penalty made an error that invalidated the referendum by failing to submit sworn statements from its sponsors, as required by law to assure the sponsors’ names aren’t fraudulent and assure transparency in the working of ballot campaigns.

Previous litigation more narrowly alleged the referendum petition was not legally sufficient because a list of sponsors filed with the petition did not include the name of Ricketts, who it claimed engaged in activities that established that he was a sponsor of the referendum. The district court dismissed the complaint. The Supreme Court affirmed, holding Ricketts’ alleged financial or other support of the referendum did not make him a person “sponsoring the petition.”