ST. LOUIS — A longtime Missouri death row inmate whose conviction in the 1991 rape and killing of two sisters was overturned has pleaded guilty to murdering them and been re-sentenced to life behind bars.

Reginald Clemons, who spent 22 years on death row, pleaded guilty Monday to two counts of second-degree murder and other crimes. His plea agreement calls for him to serve five consecutive life sentences.

The Missouri Supreme Court in 2015 dismissed Clemons’ conviction after finding that prosecutors suppressed evidence that police had beaten a confession out of him.

Clemons was among four men convicted in the deaths of 20-year-old Julie Kerry and her 19-year-old sister, Robin. Authorities say the sisters were raped and shoved off the old Chain of Rocks Bridge in St. Louis.

The number of inmates on Texas’ death row dropped again this year, continuing a decades-long trend.

The decline is caused largely by fewer new death sentences and more reduced punishments in recent years, according to end-of-year reports released Thursday by groups critical of the death penalty in Texas and across the country. But Texas still held more executions than any other state.

“Prosecutors, juries, judges, and the public are subjecting our state’s death penalty practices to unprecedented scrutiny,” said Kristin Houlé, executive director of the Texas Coalition to Abolish the Death Penalty, in the release of the group’s annual report. “In an increasing number of cases, they are accepting alternatives to this flawed and irreversible punishment.”

Kent Scheidegger, legal director of the Criminal Justice Legal Foundation, which has supported death penalty practices in legal cases throughout the country, said he agrees that the decline is partially due to shifting attitudes among jurors and prosecutors, but added that death sentences are also down because there has been a drop in the murder rate nationwide.

“The support for the death penalty for the worst crimes remains strong,” he said.

There are currently 234 inmates living with death sentences in Texas, according to the state’s prison system. That number has been dropping since 2003. The death row population peaked at 460 in 1999, according to the Bureau of Justice Statistics.

Here’s how the death row population has changed over the last year:

The same number of men were put to death this year as in 2016, which had the fewest executions in two decades. But even with its relatively low number, Texas was still the state with the most executions in the country. This isn’t unusual given that the state has put to death nearly five times more individuals than any other state since the death penalty was reinstated in 1976, according to the Death Penalty Information Center.

Texas accounted for 30 percent of the nation’s 23 executions in 2017. Arkansas was second in the country with four. Last year, Georgia put more people to death than Texas — the first time Texas hasn’t been responsible for the most executions since 2001.

One more person was sentenced to death this year than in 2015 and 2016, when only three men were handed the death penalty in each of those years.

The number of new sentences, which ranged in the 20s and 30s each year in the early 2000s, dropped in 2005 after jurors were given the option to sentence convicts to life without the possibility of parole as an alternative to the death penalty. Before then, if a capital murder convict wasn’t sentenced to death, he or she would be eligible for parole after 40 years. About 10 people in Texas were sentenced each year after that until the additional decrease in 2015.

Joseph Lave and Raymond Martinez both died this year before they were taken to the death chamber, even though they had had extended stays in prison. Lave passed away more than 22 years after his murder conviction, and Martinez had lived more than 30 years with a death sentence.

Four men had their sentences changed from death to life in prison.

Two U.S. Supreme Court decisions this year have so far resulted in the reduction of three death sentences to life in prison. The high court ruled against Texas in the death penalty cases of Duane Buck and Bobby Moore.

Buck reached a plea agreement with Harris County prosecutors to change his death sentence to life in October after a February ruling by the court said his case was prejudiced by an expert trial witness who claimed Buck was more likely to be a future danger because he is black.

In Moore’s case, the justices invalidated Texas’ method for determining if a death-sentenced inmate was intellectually disabled and therefore ineligible for execution. Though Moore’s case has yet to be resolved (Harris County has asked the Texas Court of Criminal Appeals to reduce his sentence to life), two other men on death row with intellectual disability claims received life sentences after the ruling.

Another man this April received a new punishment hearing in a 1991 murder and pled guilty, landing four consecutive life sentences over the death penalty, according to the Texas death penalty report.

Executions were scheduled — then canceled — for nine men this year. Six were stopped by the Texas Court of Criminal Appeals in light of pending appeals, and one was stopped by a federal court, the report said.

One man, Larry Swearingen, evaded execution in November because of a clerical error, and convicted serial killer Anthony Shore’s death was postponed because prosecutors were concerned he would confess to the murder for which Swearingen was convicted.

The murders happened on August 21, 2007, at a house on John Anderson Highway in Flagler Beach. William Gregory, 24 at the time, walked in on his ex-girlfriend Skyler Dawn Meekings, 17, and her boyfriend of two months, Daniel Arthur Dyer, 22, as they slept together, and shot them both at close range with a shotgun. A 1-year-old child Gregory had with Meekins was sleeping in a bedroom nearby.

He was tried, found guilty, and in 2011, sentenced to death in the culmination of a case that had drawn such notoriety locally that it was moved to Volusia County. It eas tried before Circuit Judge William A. Parsons.

But the jury’s recommendation for death in 2011 was by the slimmest possible margin of 7-5, back when Florida was one of just two states that still allowed death sentences to be imposed after less than a unanimous jury verdict. That changed less than two years ago, when U.S. Supreme Court and Florida Supreme Court decisions found Florida’s method of sentencing defendants to death unconstitutional.

Recommendations must now be unanimous. In Gregory’s case, the Supreme Court in August threw out his death sentence and returned the case to circuit court in Flagler County for a new sentencing phase.

That would have meant an elaborate process, similar to a trial, involving pre-trial hearings, the impaneling of a jury, the questioning of witnesses at a sentencing hearing
and jury deliberations. In other words it would have meant bringing back Meekins’s family to relive those events again.

It would have also raised other procedural issues Gregory’s attorney raised in 2016, claiming there would have been grounds for a mistrial in the original case. 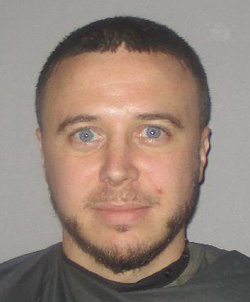 William Gregory at his latest booking at the Flagler County Jail in November.

“We looked at the case and and consulted with the family,” Assistant State Attorney Jason lewis said. “They did not want to go through the process again.” So the prosecution agreed to a commutation in what amounted to a hearing lasting all of five minutes. Gregory had been brought in from his death row cell at the state prison near Raiford.

“We’d have to basically do a whole new penalty phase,” Lewis said, “and we take the family’s wishes very seriously. That’s what they wanted.”

The families’ positions were no mystery, as Daniel Dyer’s big sister had expressed it in her statement to the court before the 2011 sentencing: “The worst thing about Dan’s death,” she wrote, “is the way he died. He didn’t die in an accident or a health condition. He was murdered by a cowardly little twit. He was such a coward that instead of confronting Dan, like a real man, he crept in the dark into Skyler’s room, and shot them both in the head while they were asleep. The wounds were so horrible that we couldn’t even have an open casket for Dan so we could see him one last time.”

She had asked for the death penalty. “He had the right to a judge and jury,” she’d written, “but what about Dan and Skyler’s rights? They had no judge, no jury, only a 12-gauge shotgun to the head while they slept.” Using Gregory’s nickname, she went on: “And what has Billy done this entire time? He shows no remorse, no sorrow, he just sits there, so arrogant, that somehow he thought he ws smart enough to get away with it, that he had the right to play God and kill 2 innocent people. Foe what? The simple fact that Skyler had left him for a real man.”

The families of the victims were not in court this morning. But Skyler’s aunt Deborah Meekins had written the court six years ago that while she had never been much for the death penalty, “what I do know–Billy is all for it. Billy sentenced Skyler and Dan to the death penalty, right there, that night, as they slept together alone for the first time.”

Skyler’s father, Hap Meekins, had written of his daughter in 2011: “Skyler was very talented. A straight-A student with ambition. But the thing that I remember the most was her dedication toward anything she did. Being the youngest of three girls did not matter. Like the summer she spent fishing on the Pier. The three girls would spend hours fishing for King Fish. She caught a 30-lb. King Fish which didn’t go over well with her sisters. She never minded getting her hands dirty whether it was fishing, playing soccer, or helping me with the garden. She was very unselfish; she would help me [with] anything I asked.” And he’d concluded: “My memories will keep me going for the rest of my life. I love you Skyler always and forever. No one can take that away.”