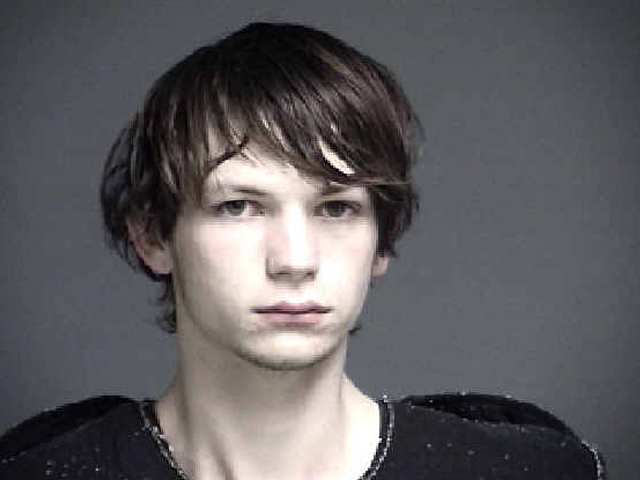 COLUMBUS, Ohio — On Tuesday, the Ohio Supreme Court is to preside over a legal debate over whether the death penalty should be executed on a young Clayton man – the second youngest on Ohio’s Death Row – for the murder of an even younger Warren County man at his home outside Waynesville in January 2014, according to the Journal-News.

Warren County Prosecutor David Fornshell will personally argue for the state to continue forward toward the execution of Austin Myers, now 22, of Clayton, although another Clayton man, Timothy Mosley – like Myers 19 years old at the time – actually stabbed to death Justin Back, 18, a 2013 Waynesville High School graduate about to enter the U.S. Navy.

It will be Fornshell’s first appearance before the high court on behalf of Warren County.

Lawyers appointed to appeal Myers’ death sentence have identified 18 violations of law they claim should convince the state’s high court to set aside his death sentence, including his age and the lesser sentence – life in prison without parole – Mosley received in exchange for his testimony.

Three years later, Myers is still the second youngest of 140 Ohio prisoners facing the death penalty. Damantae Graham, 20, convicted of killing a Kent State University student, is the only one younger.

Myers’ lawyers also claim errors or misconduct by the judge, prosecutors and defense lawyers in the case, decided more than three years ago in Warren County Common Pleas Court, should convince the high court, including appointed Judge Cynthia Westcott Rice of Ohio’s 11th District Court of Appeals, to spare his life.

“Mr. Myers’s rights under the Constitution of the United States and the Ohio Constitution were violated and he was denied a fair trial and sentencing proceeding. Accordingly, this Court should reverse and discharge the defendant or grant a new trial. In the alternative, this Court should vacate the death sentence, remand for a resentencing hearing, and order the life sentence imposed,” lawyer Timothy McKenna said in his brief to the high court.

The appeal, pending since Oct. 27, 2014, was set for oral arguments on Oct. 20, after a second Ohio Death Row inmate was executed. These came after the postponement of scheduled executions starting in January 2014 following problems during the execution of Dennis McGuire, a Preble County man.

Rice was appointed to the high court on Nov. 6, replacing Justice Bill O’Neill, who recused himself after announcing he was running for governor.

Myers and Mosley were arrested in July 2014 after Back’s mutilated body was found in Preble County, in a wooded area outside Versailles known as Crybaby Bridge. They both gave statements during interrogation at the Clayton Police Department used by investigators in reconstructing the crime, according to police and court records.

According to their statements, Mosely’s testimony and other evidence, after a day of preparation and planning, Myers and Mosley went to Back’s home in a small neighborhood along the Little Miami River, east of Waynesvile. With a garrote – fashioned by a friend who was not charged – Mosley came up behind Back and began choking him, while Myers restrained Back. When the garrote caught on Back’s chin, Mosley pulled out a knife and stabbed Back to death.

After cleaning the home and stealing Back’s iPod and wallet, as well as a gun and safe belonging to Cates, Mosley and Myers removed Back’s body, dumping it in Preble County after dousing it with chemicals to quicken decomposition. Before leaving the body, Myers shot it twice with Cates’ gun.

At trial, prosecutors convinced the jury that Myers was the mastermind of the crime and he was sentenced to die. Mosley, in exchange for his testimony, was sentenced in a plea bargain to life without parole.

But Fornshell said Mosley got the deal because – unlike Myers- he offered to cooperate. Prosecutors needed one or the other to “put in the back story,” Fornshell said.

In addition, Fornshell said Mosley accepted responsibility and Myers was “exponentially more dangerous,” pointing to evidence indicating Myers handled the bulk of the planning and wanted to go back and kill Cates.

“He’s a serial killer who got caught the first time,” Fornshell added.“There is absolutely no doubt in my mind.”

McKenna and co-counsel Roger Kirk did not respond to requests for interviews.

But their 110-page brief indicates they will emphasize Myers “was a 19 year-old immature adolescent with behavioral issues” who should be spared the death penalty, in part because Mosley’s sentence spared his life, although he wielded the murder weapon.

In addition, they claim prosecutors rendered Myers’ lawyers “admittedly ineffective” by withholding evidence until “on the Friday eve before the Monday trial,”as well as the fact that Mosley was to be a witness.

The appeal is to be the first of a series of cases heard on Tuesday and Wednesday.

All arguments are streamed live online at sc.ohio.gov and broadcast live and archived on the Ohio Channel, according a release from the high court.

The court typically issues opinions within six months, but it was unclear when a decision would be issued in this case.