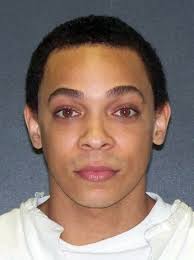 Anthony Haynes, 33, would be the 11th inmate executed this year in Texas and the 33rd in the United States, according to the Death Penalty Information Center. The execution is scheduled for after 6 p.m. (2300 GMT) in Huntsville.

Haynes fired a shot from his truck at a Jeep Cherokee carrying off-duty Houston police officer Kent Kincaid and his wife, Nancy, according to an account of the case from the Texas attorney general’s office.

The officer got out of his Jeep and approached Haynes‘ truck, telling him that he was a police officer and asking to see his driver’s license, the account said.

Nancy Kincaid said during Haynes’ trial that her husband was reaching for his badge when the driver shot him in the head, according to a Houston Chronicle account at the time.

“(The driver) pulled his hand up and I saw the flash and I heard the pop,” Nancy Kincaid testified. “That was the end. He then went down.”

Kent Kincaid was declared brain-dead at the hospital.

“I’m not a vicious psychopath who goes around wanting to take people’s lives,” Haynes told the Houston Chronicle in a 2001 death row interview. “There was no intent to kill a cop. He did not ID himself until a second before I shot him.”

Haynes has appealed to the U.S. Supreme Court, raising questions about whether his trial lawyers were effective.